Our team is committed to making Orchid Events exceptional in the industry. We thrive on inspiration, on excellent service and on producing one-of-a-kind parties for each and every client. Having organized hundreds of events around the world, ranging from weddings and music festivals to street parties, like London’s Mozart Centenary celebrations, Orchid Events now has over 2,000 exclusive suppliers from superb caterers to unusual venues.

We remain committed to delivering nothing short of perfection and strive to not only meet, but exceed clients’ expectations.

Orchid Events is owned and led by Sarah Balfour. With her extraordinary vision and her meticulous planning abilities, Sarah has shaped Orchid Events into a leading light of the event planning industry.

Naturally creative and impeccably diligent, Sarah began her career as a concert pianist. Having played the piano since the age of eight, she went on to become an accomplished session musician, performing at many of the world’s most prestigious venues.

Orchid Events was not Sarah Balfour’s first foray into the business world. She had already proved herself a skilled entrepreneur, founding and building a successful music and entertainment agency, Music By Arrangement. Established on the core principles of fair practices, great service and outstanding musicians, Music By Arrangement flourished and now has over seven hundred artists on its books.

Throughout her career, Sarah has always strived for perfection, something which has gained her recognition in various guises. Amongst her accolades, she has won several awards such as the Young Musician of the Year at the age of just 14, the Watford Music Festival grand winner and the Eve Inspirational Businesswoman Award 2008.

She was selected as best wedding planner by The Wedding Channel and was also recently nominated for Business Woman of the Year 2011, one of just seven women on the shortlist. 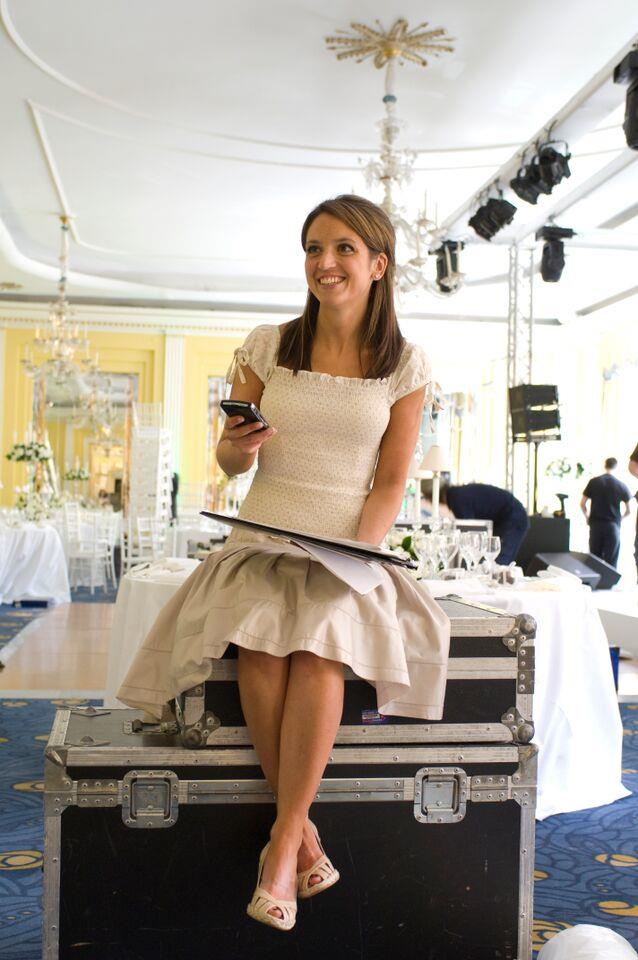 Get in touch and tell us your requirements

Whether you need help planning a unique wedding, a stylish corporate function or are seeking inspired Bar Mitzvah ideas, Orchid Events are here to assist you in creating your special occasion. Use the button below to let us know about your next event, to see how we can help! 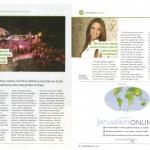 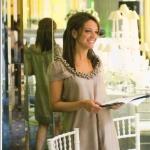 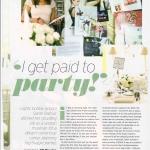 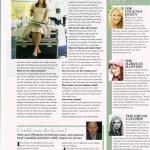 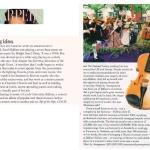 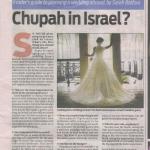 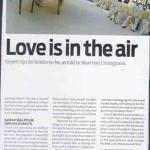 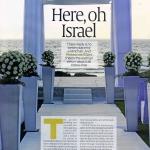 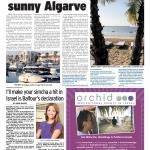 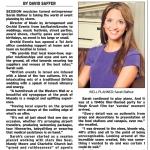 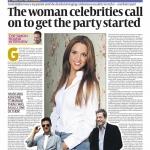 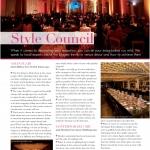 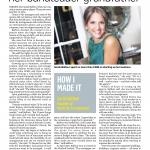 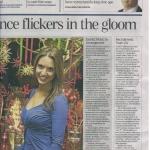 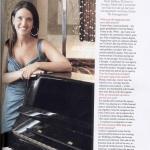 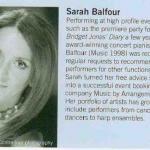 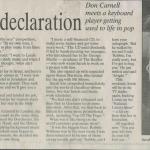 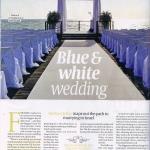 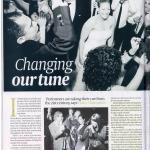 “Thank you for creating such a special night”

“I wanted to give you both a belated and huge thank you for creating such a special night for my wife and family. It was nothing short of fantastic, and I have received loads of emails and thank you notes confirming what a magical evening that it was. To get my age group on the dance floor and rocking is not easy, and yet they were all out there throwing out their back with  abandonment, well done!!  I even have some street creed with my kids for throwing a party that their friends  enjoyed as well! Thank again for a fantastic memory” – Hardy. Arabian Night’s 50th Birthday Party

Thank you for your help and support with everything for the party. Your crew were fantastic too especially when I was being so demanding. It was a huge success!I would definitely love to work together in the future.

Mike and I cannot thank you enough for all of your hard work in the weeks running up to the wedding. We truly appreciated your help and hands on approach on the night. Thank you from the bottom of our hearts

Thank you for all your help in making Alex’s Bar Mitzvah such a wonderful occasion. Without you and all your energy, patience and good humour it would not have been the fantastic weekend it was. Your attention to detail and the fact that nothing seems to faze you is what made the day so amazing. As you know the comments and letters we received completly astounded us and the whole experience totally exceeded all of Adam’s and my expectations

Better late than never’ has never been more appropriate, but I still wanted to put pen to paper and thank you ‘officially’ for doing such a fab job of organising my party. Your attention to detail and organisation were fantastic throughout as well as being throughly lovely to work with. We all had a fantastic evening with some lovely memories and your leather book is a beautiful keep sake

Just came to your name on my thank you cards list but don’t even know where to start as there is just so much to thank you for! Firstly for our gorgeous guest book which is now on display in our new apartment! But more importantly for making the four days in Cascais more magical than we ever had thought possible and for being such a support and good friend during the planning process

I thoroughly enjoyed working with Sarah. She is a professional with lots of experience at all types of parties. I knew that I could trust her to make my son’s Bar Mitzvah party an event he would never forget. She knew all the best vendors and helped to take my vision of what I wanted the party to be and brought it to life! People still say it is the best party that they had ever been to.

Thank you for a job well done this past weekend. To say that the events were a huge success would be an understatement. We have received nothing but stellar feedback on how amazing the weekend was – classy, warm, every detail thought of. I thought you and your team did an excellent job – everything went smoothly, your choices on music were excellent and everyone over performed expectations.” – Todd “Thank you so much for all your hard work on the Bat Mitzvah for Julia. The weekend could not have gone better and there wasn’t a single thing we would have done differently! We can’t wait to work with you on the next one!

Having worked with Sarah and her team on what was often a very demanding and complicated project, I was consistently impressed by her attention to detail and the speed with which she responded to all my queries and requests. She managed to pull together a fantastic party in a very difficult venue and the 50 plus members of the Pimlico Road Association were very impressed with how smoothly the event was run. With so many elements to consider, this in no way detracted from the care and attention that was put into each aspect of the event. I hope to work with Sarah and her team again soon!

Thank you for a great, very creative, beautiful Bat-Mitzvah…everyone loved it, especially Jamie and all of us… Your friendly proffesional manner and great service and can do attitude is why you both are so well regarded by all of us bat and bar mitzvah mums and dads

Our wedding was everything we’d wished for and so much more besides. Thank you so much for all your hand work and attention to detail. We really couldn’t have done it without you. We have so many special memories of the day. It was just perfect and everyone had a fabulous time. We’ve had so many compliments from our guests on every aspect of the wedding. I’m not sure we could thank you enough

Sarah created my perfect party — not once, but twice! She knew exactly what I wanted and made it happen. When I walked in the door and saw the room, it was exactly as I had pictured it would be. Every detail was attended to — the invitations, room, food, music and more — and every guest had a wonderful time. In fact, many of my guests hired her for their own parties. And, it was a pleasure to get to the end result, every step of the way. Sarah is a gem! I can’t wait for my next excuse to throw a party

After meeting Sarah for the first time, I knew that she was going to make our party something unique and wonderful. She proved me correct! Sarah had a resource of suppliers that was endless. She came up with ideas that were creative and clever and anything that I had asked for no matter how outrageous, she was able to source. Her musical background was a huge advantage. Her relationships in that area helped to make the evening something extraordinary

We just wanted to say a quick thank you to you both for yesterday – we had the day of our lives! We will write to say thank you properly when we are back from honeymoon, but we didn’t want to leave it so long without saying anything. We are also conscious that we didn’t really say thank you to the band and to Robert – perhaps you could pass on an “interim thanks” on our behalf and we will write properly shortly.

Again, thank you so much – you made our day wonderful! We will be in touch soon!!

Thank you so much for everything .Both days were perfect to every tiny professional detail and yet beautiful and magical …. Absolutely Brilliant!! Such a pleasure to have worked with you all . Please thank all the teams of both venues on our behalf esp Philip and Uday and the food was wonderful both days

I am so sorry that it has taken me all day to write you with profuse thanks for organizing the party last night at Abbey Road Studios for America Invades. I have been bombarded with emails from guests gushing about what fun they had, how fabulous the venue was, the delicious food, the drink and music, and generally how they didn’t want to leave!! I guess the sign of a good party is even when the overhead lights are turned on the band won’t stop playing and the guests have to be pushed out the door by the security!

I can’t thank you enough for your hard work, professionalism, tireless attention to detail and general good humor. Our most sincere thanks.

Sami and I wanted to say a big massive THANK YOU! The two days were absolutely magical and we couldn’t be more happier.

Thank you very very much for making Kendal’s bat mitzvah one of the absolute best memories of our lives – all of us loved every minute of it – only regret is that it went by so quickly – thank god we had the Thanskgiving dinner to get us started and to help drag things out a bit – the service at both hotels was spectacular and most memorable. The suite at the Berkeley was fantastic and super huge – I am sorry we could not sleep late and spend the entire day there. All was tremendous –
so thank you thank you thank you for a job very well done. Sad to think it’s our last one…boo hoo – we shall remember this and keep it close to our hearts forever.

Thank you again for all your hard work – our wedding was fabulous, memorable and exactly what we wanted. Thank you for your hard work, patience, enthusiasm, creativity and boundless energy! We will always remember it.